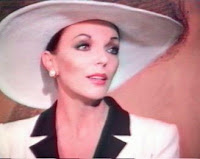 When I was a kid, my parents taught me things like giving up a seat for a woman or older person (or someone who seems to need to sit more than I do), holding doors for people, pushing the revolving door...stuff that used to be considered the "polite" and "correct" way to behave.

Now of course people don't expect anyone to hold doors for them or do these kinds of decent things, so when I attempt to do so, usually I don't have time before the person runs through another door or shove the door themselves. And of course nowadays, if you offer a seat on a bus or train to a woman she'll pull out the Mace- acting like the only reason you're speaking to her is because you want to rape her.

So what happened??? How did it get this way? It's called "Feminism". Women (or must I now spell it "womyn"?) demanded to be treated as "equals" to men. They demanded to have "careers" like men. They think of the role of staying home and raising children with proper senses of morals and values is best left in the hands of some third world maid who barely speaks English, and may very well have children who are in prison.

So I say- fine. You wanna look like a man by putting on the ugly "power suit", cutting your hair short, firing up a cigar, stalking the boardroom yelling at subordinates, and building buns of steel on the stairclimber (oh wait, I don't think too many men do that last one)- go ahead and do it. It's your right. And your obnoxious cell-phone-yakking power ass can stand for the 2 hour train ride home, bitch.
Posted by Sum Dum Phool at 12:44 PM