We Always Knew Clowns Were EVIL... 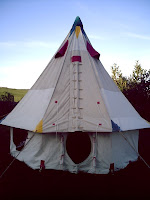 Saudi Religious Police Crack Down on 'Evil' Circuses
Religious police in Saudi Arabia are cracking down on summer festivals and circuses intended by the government to boost domestic tourism, because they violate strict religious restrictions on singing, dancing, the mixing of unrelated men and women, and "evil" circus performances, [Al-]Reuters reported.
Conservative clerics backed by powerful members of the Saudi royal family oppose the efforts to liberalize the world's biggest oil exporter. Circus acts such as fire-eating and lying on a bed of glass are seen as forms of magic outlawed by sharia law.
"These acts contradict the faith and must not be done, taught, spread or encouraged," Reuters quoted religious police spokesman Abdullah al-Mashiti. "They must be fought and those performing them must be reported and punished so as to be deterred and their evil restricted."

The article goes on to state: "Saudi religious police have the power to enforce Sharia law, segregating men and women ". Cause you know what the most evil, vile, satanic thing of all would be if -shudder- men & women sat TOGETHER in a circus tent... there may be tents pitched that don't belong to the circus.
Posted by Sum Dum Phool at 8:26 AM